(From my FaceBook status) Do you really know the difference between an assault weapon and a hunting rifle? I think you’ll be surprised. Unfortunately – or fortunately depending on your viewpoint – there is essentially no difference, certainly no difference in their lethality. Many hunting rifles take clips filled with ammunition. Typically, a clip would hold 10 or less rounds. In California today, 10 rounds is the largest clip you can buy for any weapon. In other states, it is possible to buy much larger clips. The rounds for hunting rifles vary in size, but for larger game they are […] 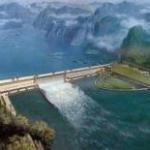 The United States has embraced clean technology relatively aggressively, but is it enough? In particular, is it enough in comparison to the pace of clean tech development in China? I addressed this topic September 28 at the AlwaysOn GoingGreen 2011 conference, and the answer is that the U.S. isn’t doing enough. China is much more aggressive than the United States in developing clean technology projects and could dominate clean technology development globally for many years to come. Consider, for example, the stark contrast between the construction of the hydroelectric Three Gorges Dam spanning China’s Yangtze River with the development in […]

March 28, 2011 source: CNN News Nat Goldhaber was interviewed by CNN News about his role during the Three Mile Island nuclear accident. He was at the time in charge of energy issues for the state of Pennsylvania and began his day about 7 a.m. with a call telling him that there had been a major accident at Three Mile Island and that radiation was heading toward the town of Goldsboro. America’s worst nuclear accident: 32nd anniversary of Three Mile Island As Japan struggles with a nuclear crisis at a power plant damaged during the March 11 earthquake and tsunami, […]

My Posts from Claremont Creek Ventures